Dan Mazer on his anti-racist comedy

The exchange takes place in the fictional small town of Hobart, Ontario, Canada, during an economic recession in 1986. In snowy Hobart, “the house of the white squirrel”, teenager Tim Long (Ed Oxenbould) feels alone and misunderstood. No one else seems to be interested in literature, in the music of groups like The Smiths or in French cinema (his favorite film is that of Jean-Pierre Melville The red circle).

Tim is applying for an exchange program that brings French students to Canada, with the desire for friendship. The boy imagines spending time with someone as cultured as himself, however, when he finally meets the visitor, his expectations are not met at all.

The exchange is a very funny comedy about the development of an unlikely friendship. It also works as a coming-of-age story, full of learning for its protagonist and with some romance: Jayli Wolf plays Brenda, a native girl who obviously loves Tim.

The film sends a clear message against racism and xenophobia. Hobart is a reflection of small towns in Canada or the United States, with a predominantly white population, where racial prejudice and discrimination underlie. “We finally have to see the real Hobart,” Brenda said at one point to Stephane, the son of immigrants.

ScreenAnarchy: THE EXCHANGE is a personal story for Tim Long. How was the creative process between you two?

Dan Mazer: The fact that we are both writers probably gave him security. We bonded over the fact that we had a pretty similar background, even though he was in the middle of Canada and me in the middle of England. I identified with what he wrote because I grew up in a small town and was also seen as a strange kid, but wanting to be creative. It’s a really funny storyline, so he wanted someone who would be able to protect and appreciate that humor.

It’s a coming-of-age movie about friendship and love, it also keeps that scorching humor present in your previous work.

It’s just what I find funny, so that’s probably why they sent me the script. As you say, it’s a combination of R-rated comedy and scorching, with that incredibly sweet and slightly melancholy story. This combination is quite rare, it gave me a chance to do the things that I have done before, with something that I had not necessarily ventured into before. 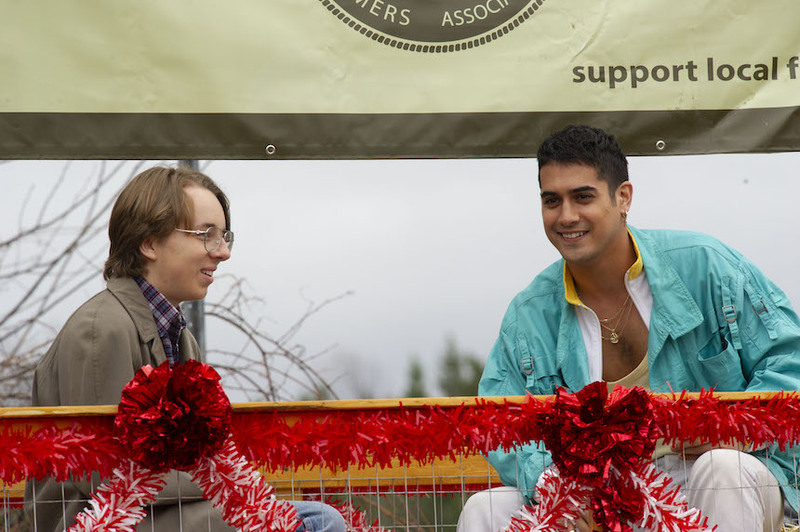 The actors (Ed Oxenbould and Avan Jogia) are great. How was the process of building these characters so different from each other?

It’s really interesting because in real life they are also very different from each other. Avan is very flamboyant as an individual and a party life, while Ed is quite reserved and shy. They brought a lot of themselves to the characters. In real life, they really enjoyed each other’s company which was not what I expected but very uplifting.

Beyond knowing that these people can act, it’s really important for me to see the person behind the actor, and to know that they have a certain wit or a certain sense of humor to play the character. This process of learning to know the actor is essential: even before having him read the lines, it suffices to spend 10, 15 minutes in a room chatting with him to get an idea of ​​the person behind the actor. . By doing this with Ed and Avan, it became evident that they would be able to fantastically play as Tim and Stephane.

It is a period piece with several references, for example, to the French New Wave.

I grew up in the mid-70s (Mazer was born in 1971) so all of these references were really important to Tim and me: the Smiths, French New Wave cinema and things like that. They really gave us our cultural identity, when our friends listened to Duran Duran and watched Arnold Schwarzenegger movies or Revenge of the nerds and Porky’s… I watched all of these things, sure, but I also liked to feel different and unique through these similar cultural references that Tim has.

I loved putting together the soundtrack: The Cure, Swing Out Sister, Scritti Politti, things my older brother was listening to at the time; he was much cooler than me. Remembering those really helped create that ’80s aura.

One of the most important themes is racism, which is present today in many places around the world. How important was it to send a positive message?

That’s what makes this movie relevant, it provides the backbone of the story.

It’s similar to the work I did before with Sacha (Baron Cohen), either Borat: America’s Cultural Learnings for the Benefit of the Glorious Nation of Kazakhstan, Bruno or The dictator. It’s really important that these have a message of hope that can be conveyed through comedy, so that it reaches people who otherwise wouldn’t necessarily have heard what we’re trying to say. Using laughter to get a political message or idea across the home is incredibly important and powerful.

It’s depressing that we haven’t really gotten this far since the ’80s and the issues are still exactly the same. We made the film during Donald Trump’s time, so it seemed particularly important to us. The problems of the 80s were still alive and well in 2020 and I wanted to answer them, in the same way we approached it in Borat Post Moviefilm. 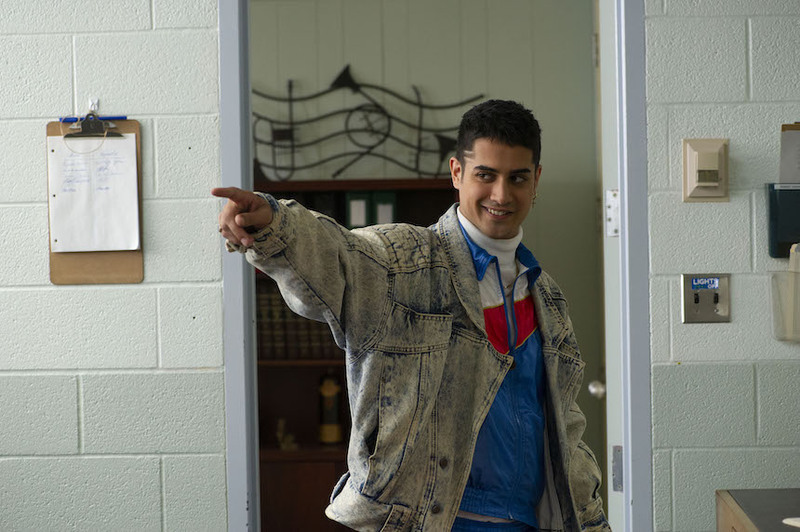 What was it like working with Sacha Baron Cohen again on WHO IS AMERICA? and BORAT SUBSEQUENT MOVIEFILM?

So, all of a sudden, it seemed urgent to us to go out and expose as much as possible what he was doing, to say “it’s not OK”, to perhaps reach people who would be otherwise. ambivalent about it, to underline its idiocy, its racism, its sectarianism. Again, if you can do this while making people laugh, then you’re reaching an audience that might otherwise ignore it.

Do you consider that today, especially on social networks, “politically incorrect” comedy is under attack?

If you are racist, sexist, or prejudiced in any way, and use it for cheap jokes, then you will be exposed. But if you’ve come from a good place where you use your comedy to expose these things, trying to highlight the worst things in society, then you should probably get away with it.

There is obviously a lot of noise around “you can’t say anything more”, but we did Borat Post Moviefilm, a pretty edgy movie with lots of slightly controversial jokes. We managed to do this because we were always so determined to make sure our jokes came from the right place.

The exchange is now available on demand and digitally.