It’s 7:29 p.m. on a Saturday night at First Street and Cocoanut Avenue, and I know two things. Number one: I’m about to play for the next 90 minutes in front of 120 paying spectators and I have no idea what I’m going to say or do. Number two: There are seven people – a manager, a pianist and five other actors – in the same situation, and they are all supporting me.

I know because we all patted each other on the back shoulder and said, “I’ve got your back,” as we walked from the dressing room to the stage. It’s a tradition you’ll find here and almost anywhere improv comedy is performed. A moment later, the lights go out, the music starts playing, and the show begins. The improv director of the Florida Studio Theater (FST) and my friend, Will Luera, take the stage to greet the audience. I watch from backstage with the rest of the cast, our nervous energy causing us to shift our weight from leg to leg, reassuring each other with silent nods. 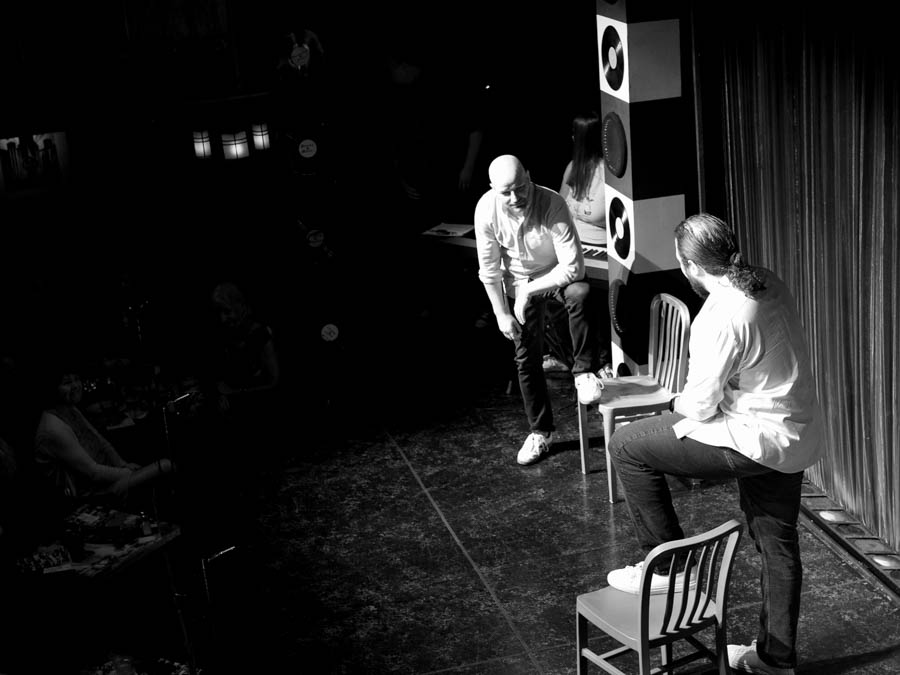 After warming up the audience with a series of calls and answers, Will asks the audience for suggestions that will shape our show. A profession? Pirate. A fictional city where our tale will take place? Willowford, Del. And we set it all up during the American Revolution. 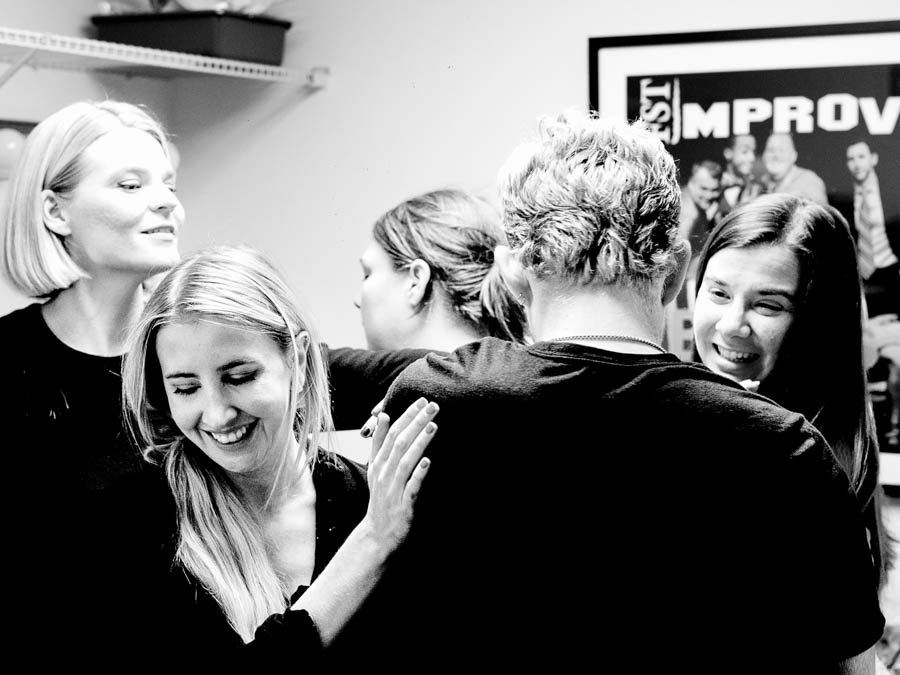 Just before entering, I have a terrifying thought. What if I forgot how to be an improviser? Over the past 20 years, I’ve performed in hundreds of these shows, in front of thousands of people, and I’ve never really forgotten. Yet I have this feeling all the time. Only. Time. There’s something about the lights, the anticipation, the inexplicable energy that is transmitted from the performer to the audience and back again. It is in this sublime moment of self-doubt that I feel a connection to the history and tradition of living theater – a kinship with the artists and artisans who have helped it endure for centuries. 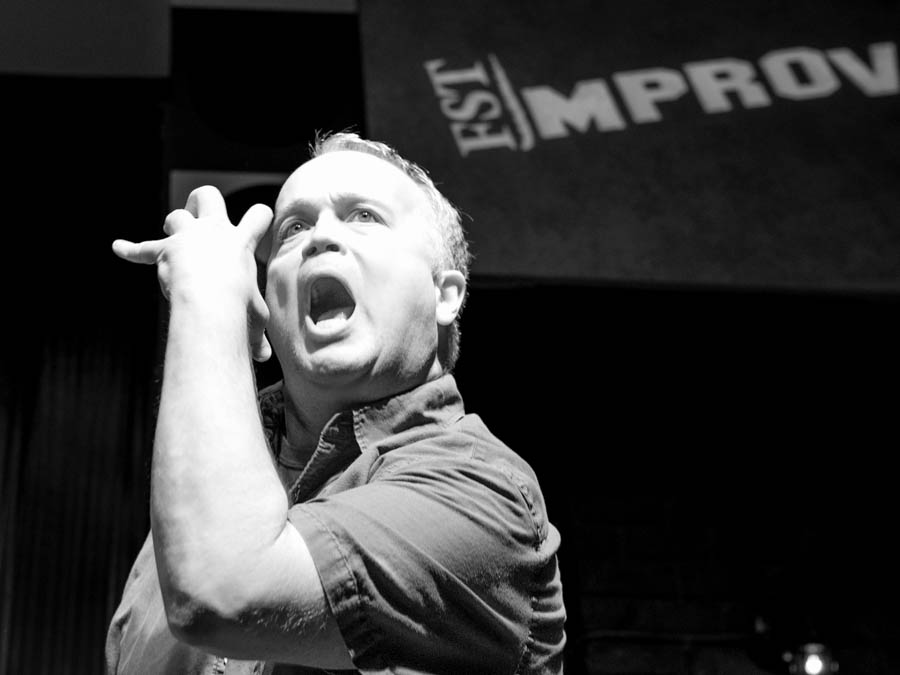 There are many types of improv comedy, but the genre is generally divided into two categories: short form and long form. The short-form improv mirrors what you’d see on the long-running TV show Whose Line Is It Anyway? with structured theatrical games and premises for short scenes. Long-form improvisation, however, can follow a narrative structure or it can be a series of linked scenes that tie together thematically. Or it can be pretty much whatever players make of it. 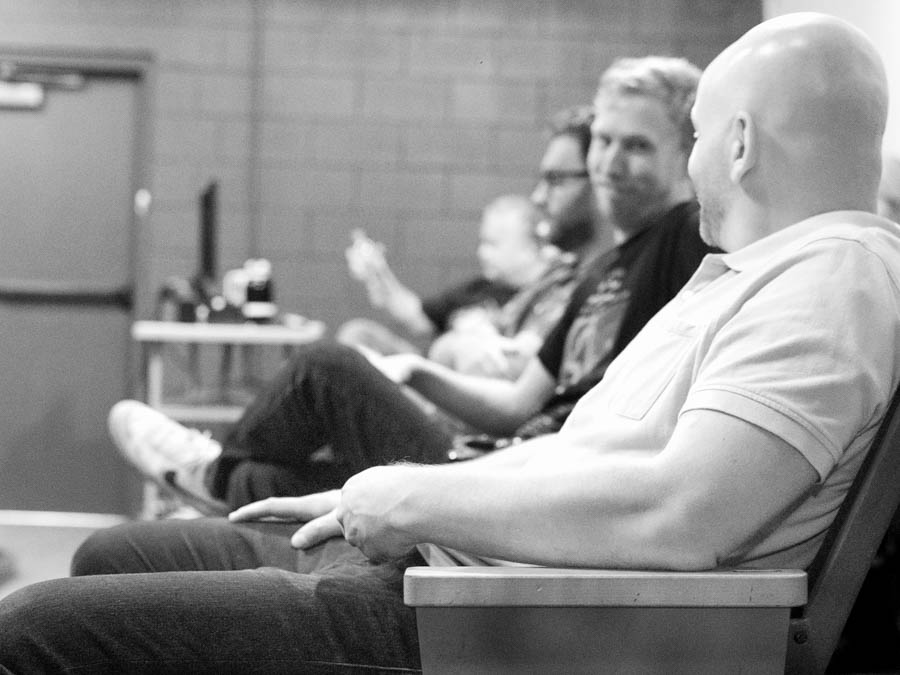 At FST we play a mixture of both, but tonight it’s a long narrative form. This means that we will create a complete piece with exposition, conflict, upward action, climax, downward action and resolution. Besides, it’s a musical. Every word we say, every twist, and yes, every note of every song is created on the spot. The ensemble serves as a collective playwright, composer and lyricist. (Even as I type this, the sight in the rearview mirror sounds terrifying.) When it works, it’s magic. When it’s not. . . Well, let’s just say that as improvisers, we really hope this works.

The central tenant of improvisation is the notion of “Yes, and…”. It’s the idea that whatever premise you create or idea you come up with – no matter how weird, wild or outlandish it is – I will accept its reality (yes!) and add to it (and !). In turn, I trust my teammate to do the same (I support you!). For example, if you come in and introduce yourself as a daffodil who is sad because she is losing her petals, you better believe that I will come in as another daffodil with a list of remedies for petal loss (Propecia for perennials?). 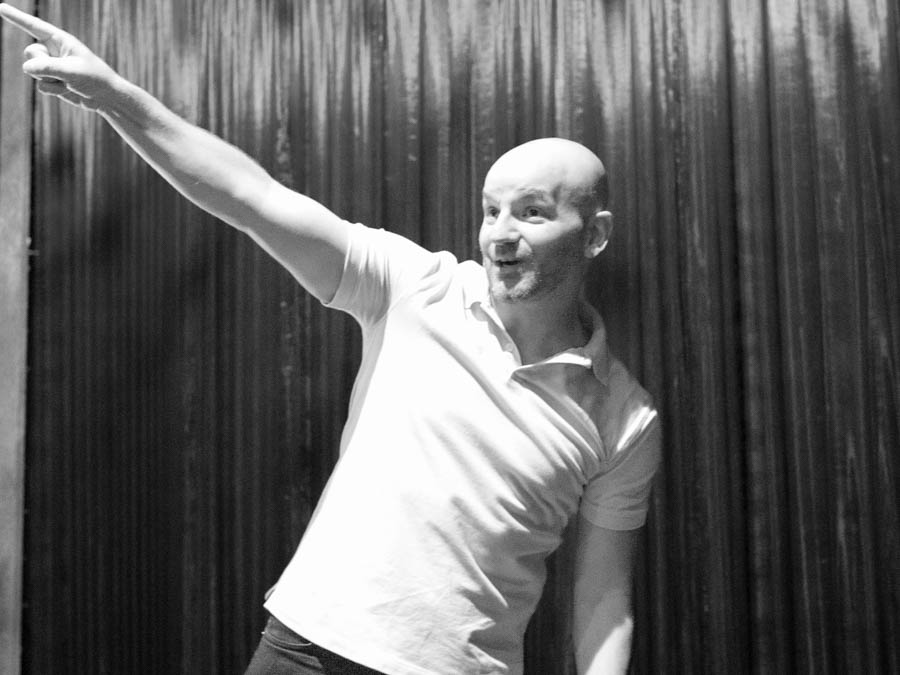 People are often surprised when I tell them that as improvisers we rehearse. In fact, we often rehearse in the hours leading up to our Saturday night show. During this week’s rehearsal, a local beatboxer and freestyle rapper, Karim Manning, joined us to help teach a new skill that we could add to our improvisation tool belts. We’re stretched outside our comfort zones, which is saying a lot for a bunch of naive improvisers.
The positive vibes and energy created during rehearsals ripple through the show and are palpable as we prepare to take the stage. The lights go out and a mental switch flips. Instinct kicks in and the opening group number – “Yo Ho!” – springs to life and ends with a raucous fanfare. 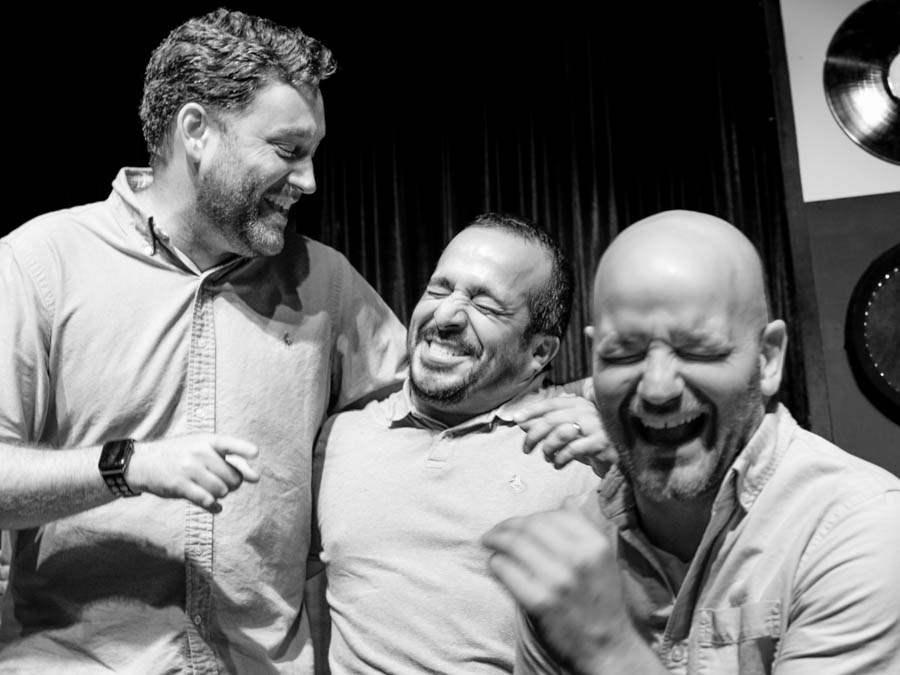 Fortunately on this night, what follows is magic.

We tell the story of a pirate queen named Captain, who sails on a ship called the Matador. While looking to expand her fleet to help fight for American independence, she falls in love with a man who can’t swim. He still receives the command of Matador II. They are separated. They are reunited. I play the captain’s lackey, Deck Hand Jan, who sports golden locks of hair. As an actor, my job on this show is support. Advance the plot, serve the story, find the funny, and make my fellow actors look good.
Our set ends like so many of those classic musicals do: lovers in love, subplots resolved, and all is well in Willowford again. We then mingle in the lobby with friends and members of the public. A common question is heard, “How do you do that?”

It’s a skill, sure, but it’s more than that.

My fellow actors and I are adults who have never outgrown our desire to act and be silly. We’re crazy enough to get on stage and expose it. We are a mix of local actors who live as far south as Port Charlotte and as far north as Tampa. Some of them were trained at the FST school, where I am also a substitute teacher. Others made their way through improv scenes in big cities before finding a home here. For us, improvisation becomes a shared language. A common philosophy. And from there comes the community. The actors in this set, like most, tend to come and go. I first played here in the early 2000s and returned in 2018. Most of the faces of the cast were different, but the constant was the community. A comment I often hear after concerts is that we really like each other. It’s because we really do.

If you haven’t seen live improv comedy, or if you’ve seen it elsewhere, I encourage you to come see us every Saturday night at Bowne’s Lab at the Florida Studio Theater. Or better yet, enter a class. And if you enjoy the experience, know that it’s a reflection of a community where the principles of improvisation extend beyond the stage. In other words, we support each other.